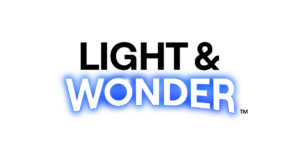 Let’s change that by putting Light & Wonder “back” under the microscope and showcasing a few of the top crypto casinos offering games from this developer. These popular BTC betting sites include:

As mentioned, Light & Wonder is the new name for Scientific Games or Scientific Games Corporation (SG), if you want to be specific. The Las Vegas-based company first got involved in game development way back in 1917, when they were known as Autotote and heavily involved in the parimutuel betting systems and totalizator trade.

In 2000, Autotote bought Scientific Games Holdings, which had been around for decades selling lottery equipment to land-based venues across the US. Itself founded in 1973; SG became the name of the merged company in 2001. The emergence of online betting saw Scientific Games take an immediate interest. However, without the expertise for developing online casino games, the company decided to take a radical approach.

Instead of developing their own titles, Scientific Games decided to buy out many of the land-based betting world’s smaller slot developers. These included Barcrest. However, they eventually managed to persuade industry giants such as WMS Gaming and BallyTech to join them. Acquiring these companies gave Scientific Games the digital library they wanted, alongside the land-based cabinet titles. For good measure, Scientific Games snapped up 4ThePlayer, NextGen Gaming, NYX Interactive, and others.

While all these acquisitions brought immediate success (and an extended catalog of games) to SG, they turned out to be a poor investment choice. The company was wracked with debt (over $ billion). Faced with winding up, the company sold off its sports betting and lottery services (the founding services for Autotote and SG), leaving them solely in charge of their online gambling property. As is often the case in this business, a rebrand was required to put the past behind them.

Because Light & Wonder has acquired so many land-based companies, it is not surprising to see that their online games offer a land-based experience. As Light & Wonder is an umbrella company and doesn’t develop its own games (it uses its subsidiaries to do that), you’ll find quite a diverse selection of titles at crypto casinos supporting Light & Wonder software.

For instance, WMS Gaming developed slots tend to be highly volatile and can be played over multiple sets of reels. Barcrest games tend to be more costly than releases from other providers and are considerably more basic. On top of this, you’ve got NextGen-developed slots that are closer to traditional online video slots than many of the more land-based style games from other developers under SG’s umbrella.

Ultimately, you’re going to get a dose of everything when you play games from Light & Wonder. The exact experience will depend on the games you play, but there’s a mix of both good and somewhat poor slots available here.

As touched on, Light & Wonder doesn’t produce its own games. Instead, all the games available in this company’s catalog are produced by WMS Gaming, Barcrest, BallyTech, NextGen Gaming, and other subsidiaries under its control. This means that there isn’t a one size fits all sort of shoe going on. Each developer brings its own style of gameplay to Light & Wonder.

That’s both refreshing and confusing at the same time. For instance, you could end up playing a NextGen slot which is low variance, pays regularly, and offers a ton of features, only to swap to a BallyTech slot which is highly volatile, has few features, and is overly costly to play. As both as labeled under the Light & Wonder banner, you wouldn’t really understand why the slots could be so far apart in what they offer. However, if you wanted to play over the other, you could still do that.

Naturally, the situation is unique in the online casino world. With that in mind, let us introduce you to some of the best Light & Wonder slots from all its subsidiaries. These include:

If you seek more information about Light & Wonder, we’re here to help with this short but concise FAQ guide.

What Are Light & Wonder’s Most Popular Bitcoin Slots?

If none of the top Bitcoin slots listed above has ticked your boxes, you are always welcome to try top titles that include Bier Haus, Montezuma, Action Bank, Titanic, Wacky Races, Medusa, Irish Eyes 2, Mad Mad Monkey, and Medusa II.

Can I Play Table Games from This Provider?

Not really. There may be one or two table games that are available from NextGen Gaming, but for the most part, all the developers involved with Light & Wonder tend to focus on slots. You used to be able to play lotto and sports-related games from the old SG company, but those assets were sold off when they became Light & Wonder in 2021.

For all intents and purposes, Light & Wonder is nothing more than a rebrand. The same policies, companies, and games are involved here as they were under Scientific Games. This means that the same licenses, security features, and dedication to fair play should be expected. We have no qualms about fairness and safety in Light & Wonder’s games.