As soon as Relax Gaming released Money Train, they immediately realized that they had a bonafide winner on their hands. Thus, they rolled up their sleeves, and thirteen months later, shipped out Money Train 2 to online casinos around the globe. If you follow the iGaming Twitch scene, then you know that this title is a favorite of the famous casino streamer, Roshtein, who won €185,000 on the original game.

For the uninformed, Money Train featured a western theme, revolving around a gang of four outlaws set to pull off a railway robbery. Now, a year later, they’re back, but things have changed. Though only thirteen months have passed between the two releases, the sequel seems to have traveled a bit far more into the future, as it now utilizes a steam-punk theme.

Though the town and setting look familiar, they have received a makeover that makes them more appealing. The backdrop now has more depth and a greater sense of atmosphere. From the graphics to the animations and soundtrack, everything seems much improved in this entry of what is hopefully a long-running series.

All the buttons are in identical spots as before, in the bar at the bottom of the screen. Everything present in the settings menu is also more-or-less the same.

Layout and spec-wise, most things have also remained the same. The game plays out on a five-reel, four-row grid, which features 40 paylines. Money Train 2 is a high variance game, with a hit frequency of around 20%. It features a slightly higher RTP than its predecessor (96.4%), a higher max exposure of x50,000, and a lower max bet of only $20. Again, the RTP jumps to 98% in the bonus round.

Relax has revamped all the symbols. The low-paying card suits, instead of being carved out of wood, are made out of metal in this installment. They will get you wins x3 to x5 your bet for five of a kind. The four outlaws, the lady in blue, the native American, the Mexican sniper, and the leader of the pack, now more resemble characters from an Italian post-apocalyptic movie than something out of the wild west. However, they’ll bring you wins that are x8 to x20 you wager. A skull is the Wild, and a gear icon is the Scatter. The latter comes in two variations, a standard and a golden one.

You enter the Money Cart bonus round by landing three Scatters on the reels or by buying your way inside. When you trigger this round, day turns to night, and a new train pulls in the station. You begin the round, with your three Scatters locked in place, as you get three spins. New symbols are now in play, and each one has a different function. You have to land symbols to continue playing in this mode. Every time you do, your number of spins resets to three. If you do not land a symbol three times in a row, you return to the base game.

Your Scatters will feature multipliers. You can add symbols that contain multipliers or ones that grow existing ones and can expand the number of reels. Consult the paytable before playing. The maximum grid size is seven reels and four rows, and the max win potential has a cap of x50,000 times your bet.

There’s also a Respin feature that you can activate by landing two standard Scatters. Each will have a multiplier, and you respin until you land a win and collect the accumulated total. Non-winning spins add a +1 multiplier to your total.

If you liked the original, the best thing you can do is forget it existed and move on to the sequel. Relax Gaming cranked up everything in this game and seemingly more than doubled its win potential. However, do not fall for this trick. Remember, the max bet size is now $20, compared to the $50 in the original game, so the max payout is about the same. Otherwise, this title is a massive improvement on the 2019 slot.

Stake is one of the best known Bitcoin Casinos, offering provably fair games as well as sports betting. 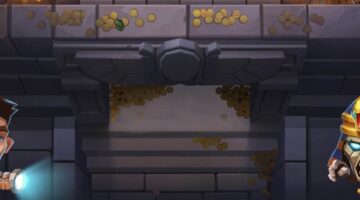 Released in October of 2020, Ramses’ Revenge was Relax Gaming’s attempt to break further into… 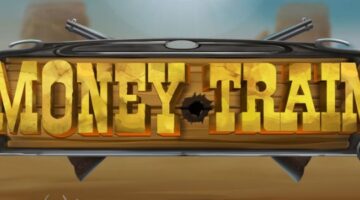