Fat Santa is the third slot that we are analyzing from underrated London provider, Push Gaming. You may remember our glowing review of their 2018 hit reel-spinner Jammin’ Jars or our more recent look at another one of their products from that same year – Fat Rabbit. You can consider Fat Santa somewhat of a sibling to the equally rotund mammal featured in Fat Rabbit, as the two have identical gameplay. Chubby Kringle came out some eight months after that pesky white vermin, and it did much better popularity-wise. It never reached the status of Jammin’ Jars, but it got played far more than our rabbit friend. At one point in early 2019, it even garnered a top 100 ranking.

The theme here is an overweight Santa Clause. Do we have to get into who this character is and why he is famous? No, but for consistency’s sake, we will waste a sentence or two on this subject for those who are not of the Christian faith. Santa Claus is a character from Western Christian culture that provides gifts for well-behaved children on Christmas Eve. Saint Nicholas is a fourth-century historical figure that is the inspiration behind this character. That said, Santa’s description is that of a jolly ole fat man. So, it was disappointing that his depiction here was pretty standard. He was equally as fat as we have seen him elsewhere. That is until we entered the free spins round.

The base game plays out in front of a cozy North Pole settlement. It seems to be December, as a log cabin in the foreground has Christmas decorations all over it. There is also a lit up well and a snow-covered tree with presents under them that join it at the front, while a mountainous landscape recedes in the distance. Once you enter the free spins round, the setting changes as you step into Santa’s lair. It is a brick home, where the reels spin inside a stone fireplace, with a circular green rug and red chair before it.

The buttons panel here is the same as in Fat Rabbit and Jammin’ Jars. The spin and auto-spin buttons are on your right, and the mute and settings ones are on your left. The bet adjuster is an up-pointing arrow in the middle, and to its sides, you can view your balance and win info.

Fat Santa is a five-reel, three-row slot with fifty paylines. It has an RTP of 96.45%, and its variance is medium. The bet sizes here range from $0.25 to $25, and the max win potential is x6,400 your stake. For comparison, Fat Rabbit also featured the same RTP and the same number of paylines. However, its max bet was $100, while its max win was x2,000 your wager. So, all in all, spec-wise, these games are identical. Winning combos here form when you land three to five matching symbols on a payline left to right.

The low-paying symbols in this game are four Christmas tree ornaments with card suits embedded in them, and they pay x1.6 to x2 for five on a line. The high-paying ones are a present, a snowman, Rudolf the red-nosed reindeer, and an elf. Hitting five matching symbols from this batch on a line will get you a reward that is x6 to x20 your stake. Santa is a premium symbol that also pays for x20 for five-of-a-kind, and he is also a Wild. He substitutes all other symbols. The game has an additional Wild, which is a Christmas Pie with a blueberry on top.

When in the base game, the Santa’s Sleigh feature may randomly get activated. When that occurs, the jolly man himself will fly over the reel-grid and drop Christmas Pie symbols at arbitrary positions, locking these Wilds in place. The feature gets triggered far more often than you would expect, but it rarely produces notable wins. It is more-or-less identical to Fat Rabbit’s Harvest mode.

To enter the Free Spins Bonus Round, you have to land a Santa and a Christmas Pie Wild on the grid at the same time. In such an instance, you will get five complimentary reel rotations to start as you move inside mister Kringle’s home. There, the Santa Wild will stay on the reels, and each time a Christmas Pie appears, he will move towards it and eat it. For every five pies he eats, he will grow in size. Santa starts as a 1×1 Wild in this mode, but once he collects five pies, he adds them to the right-side meter and advances a level. Every time he jumps a tier, he grows in size and provides additional free spins. The largest he can get when he collects all the pies necessary to fill the meter is 5×5. Again, if you have played Fat Rabbit, you are familiar with this gameplay mechanic.

Note that Fat Santa is the first Push Gaming release to include a Bonus Buy feature. If you are too impatient and want to enter the Free Spins Round instantly, the price tag is x80 your bet.

If you are a fan of Fat Rabbit, in essence, this is the same reel-spinner with a lowered variance. The only novelty item here is that it includes a Bonus Buy option. Other than that, this is a clone with a new façade. As a standalone game, it is an enjoyable one. However, it offers nothing new, so it is best to think of it as Fat Rabbit in new clothing. If we had to pick one of the two, we would go with Santa, only because of the Bonus Buy feature. 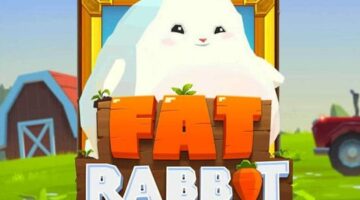 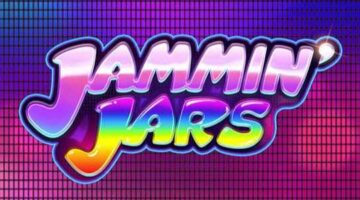 Push Gaming is a London-based developer who despite, being active for over a decade, is…