The Skywind Group is an interesting slot provider. They have been around since 2012, based in the Isle of Man, producing over a dozen slots per year. Though they are not very high-profile, their games rank surprisingly well in various markets, including the UK. We reviewed a few of their releases a year back or so and decided that it was time to revisit this company. Upon making this decision, we popped open their portfolio of close to three hundred gaming products, noticing that Shaolin Showdown, which the Skywind Group unleashed on April 13th, is currently their most-played game. Thus, it was the obvious pick for examination. Hence, below, we provide a deep dive into this kung fu spinner, looking at if Skywind has broken through the traditional mold of making simple games or have they stuck to its tried-and-tested formula.

The term Shaolin is a combo of Shao, meaning a mountain in the Songshan range, and lin, referring to a forest. Hence, its literal translation is a monastery in the woods of Mount Shaoshi. Whereas, Shaolin-Do is a traditional martial art that aims to sharpen the mind and strengthen the body, leading to a healthier life. However, when people nowadays hear the word Shaolin mentioned, they instantly think of fictional martial arts sects popularized through works of wuxia fiction. In the West, Shaw Brothers movies such as the 36th Chamber of Shaolin and The Eight Diagram Pole Fighter familiarized Western audiences with kung fu Buddhist monks. Clearly, Shaolin Showdown draws its inspiration from these films, and it is proud of this fact.

We have to say that the visuals of this slot are an enhancement over the ones present in most Skywind titles. They are highly saturated painterly images depicting a beautiful mountain temple, as the reels here spin in a passageway overlooking a scenic, dense forest. The music is the standard light Chinese string fare that you will hear in other similar themed games. The sound effects used here by Skywind are a bit generic, and in our opinion, they do not fit the overall atmosphere of the gameplay. In fact, they took us out of the game a bit.

You can find all the slot buttons on the right side of your screen. The stack begins with the spin one at the bottom, followed by the turbo-spin and the auto-play functions. The hamburger icon that leads to the setting page is in the top right corner of your screen. You can locate paytable information there.

Shaolin Showdown is a medium-high variance spinner that utilizes the 243 ways to win format. It has a slightly above average RTP of 96.5%, with a betting range from $0.2 to $300. The grid layout here is the one favored by most casual players, the uncomplicated 5×3 grid.

Weirdly enough, we could not locate the max exposure setting of this game, nor is this number listed in the slot’s paytable or help pages. Nevertheless, some sites list a max win prize worth x12,500 your stake. That seems a bit high for a game with a max bet option of $300, and we are scratching our heads concerning how this figure is possible given the featured gameplay mechanics. Upon contacting Skywind’s staff, they informed us that the max win spec is x4,656, which is honestly terrific.

The low-paying tokens of this slot are an old-school Chinese flask, a drum, and three traditional martial art weapons. Hitting five identical symbols from this batch will yield rewards of x3 to x5. The high-paying symbols of Shaolin Showdown are three monks and their master. Landing five matching warriors on a single spin will produce wins from x7 to x15 your stake. The Wild is a yellow glyph on a red background. It substitutes all the pay tokens, but not the Scatter, and provides wins of x50 if you manage to see five Wilds appearing on the reels on a spin.

The Scatter here is a golden gong.

Any symbol in this game can appear stacked, and Shaolin Showdown’s only bonus feature is its Free Spins rounds. You need to land six Scatters in the base game to enter it. The number of complimentary reel rotations you get in this mode depends on how many Scatters triggered it. Inside this feature, you can randomly get awarded a Super Free Spins round or the standard one, depending on your luck. In the latter, the middle three merge into a giant reel consisting of 3×3 symbols. While, in the Super Free Spins, the second, third, fourth, and fifth reels fuse into one position that can host 3×4 symbols. You can retrigger these features, and they get played with the same coin value bet when they got activated.

The Skywind Group is not one of our favorite slot providers. They make decent games, but ones that are too simple for our taste. The company rarely steps out of its comfort zone and produces something bold or uncharacteristic for them. Therefore, we are sad to say that Shaolin Showdown falls in line with this pattern. It is not a bad game. It is just a bit too basic than what we hoped to experience. The visuals are good and an improvement over other Skywind releases, but we felt little entertainment value or excitement playing this game, despite its generous max win potential of over a million dollars. 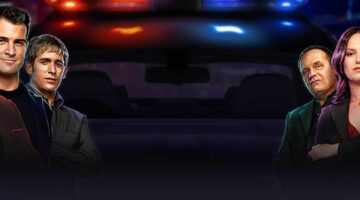