In 2013, Play’n GO released Energoonz, a unique and innovative slot that combined weird yet cuddly creatures, nicknamed goonz, and powerful energy bolts for a concoction that provided hours of fun. Four years later, a sequel titled Reactoonz came out, and it further amped things up by enhancing the grid layout, boosting better visuals, and incorporating new features. Now, in 2020, Reactoonz 2 is out. The long-awaited continuation in what is now a cult series.

When it comes to aesthetics, the Play’n Go team did not provide Reactoonz 2 with a visual overhaul. Look-wise, the game remains more-or-less identical to its predecessor, with subtle improvements. Most of the elements are a bit smaller now, and the buttons panel frame is more compact.

The backdrop is far more dynamic, and what seems like a nebula floats behind the frame-less grid, shifting colors from light blues to darker shades of violet. You have your floating orb and winning display on your left and the Quantumeter and Gargantoon on your right. In the center is the game grid featuring all those cute creatures and a semi-transparent background.

Your game panel is at the bottom of the screen. The spin and auto-spin buttons are on the right, and the info-panel one is on the left. In between these, you can set your bet size and look at your winning amount.

One thing to note is that the soundtrack is more zestful than in the previous game and that this sequel features all-new sound effects and animations.

Reactoonz 2 falls in the category of what many call a grid slot. A trend many believe that Candy Crush inspired, and which represents an alternative to the classic five-reel games. Thus, this title plays out on a 7×7 grid with Cluster Pay mechanics. The latter means that you have to match symbols in clusters to win prizes.

While its appearance has stayed the same, under the hood, many specs have changed. First off, The RTP has decreased to 96.2%. However, be aware that this percentage ranges from platform to platform, and you are more likely to play at one that will feature the game with an RTP of 94.2%. It is still a high variance slot, where bet sizes range from $0.2 to $100, and the max exposure has risen slightly to x5,083.

The paytable has not undergone any changes as well. The same eight aliens make a return, and they again divide into two categories, one-eyed goonz and those that have two. You need five matching symbols in any direction to win a low-level prize and trigger the cascade feature. All wins get accumulated and paid once the sequence ends. Landing more than fifteen symbols in a winning cluster can get you up to x500 your bet.

The game features different kinds of Wilds that we will get into below.

Play’n GO has taken the time to implement new features into the gameplay. You have a Fluctometer and a Quantumeter on the right side of your screen.

We didn’t mention the Wild Pair Explosion feature. If a round finishes, and there are two or more Electric Wilds on the grid, then this feature gets activated. Two Wilds will get chosen, those adjacent get preference, and they will remove all other symbols from the grid. If they are not adjacent, they will remove the symbols between them, and the surrounding ones get destroyed. Those that get annihilated do not payout, but they do charge the Quantumeter.

There is also such a thing as Uncharged Wilds, which can land on the grid and remain inactive until a winning cluster gets formed adjacent to them.

While this game may bear a great deal of visual similarity to the original, Play’n GO has put a focus on upgrading its gameplay by introducing new Wilds, features, and modifiers. It’s not a total paradigm shift, but it feels different enough. That said, it will take you a while to understand everything here. Even veteran players will need some time. However, once you get a good grasp on things, you’re in for a lot of fun. Remember that while the max exposure is x5,083, the odds of you landing such a win are agonizingly low.

FortuneJack is a great licensed Bitcoin casino, offering a huge variety of casino games as well as sports betting.

Notes: 25 Free Spins will be granted per day.

Notes: Check Full T&C on the website before claiming.
3. 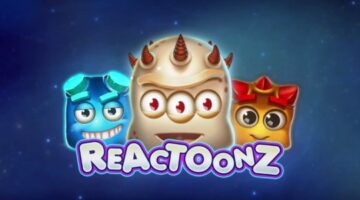 Innovations rarely happen in the slot-verse. For one, it’s hard to come up with novel… 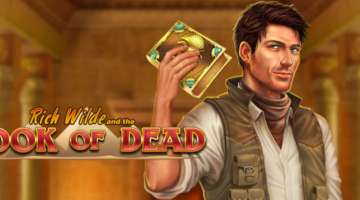 If you have ever had as much as a fleeting interest in online slots, then…