Many spinners will argue that Tombstone is what put Nolimit City on the map. Before it, even veteran players could not name more than a couple of titles from this Swedish developer. However, in 2020, they put things into high-gear by releasing quality offerings such as Punk Rocker, Warrior Graveyard, Barbarian Fury, and most important of all, Deadwood, the sequel to Tombstone. Deadwood is Nolimit’s most popular slot ever, but let’s look at its 2019 predecessor that laid its foundation.

Tombstone is an Arizona town that was one of the last boomtowns in the American frontier, made famous as the site of the Gunfight at O.K Corral. Movies such as Tombstone (1993) and Wyatt Earp (1994) depict this event.

Thus, the theme here is a western one. However, this game does not attempt to be historically accurate in any way. That much is clear from its cartoony presentation. While the real Tombstone had over 100 saloons back in the day, what we get here is a desolate town, where the reel spin in front of an entrance of a gambling hall, behind which is Arizona’s barren wasteland.

A cliché western soundtrack plays as the reels spin, and it gets interrupted by gunshots and cowboy yells of joy every time you land a win. Tombstone has some cool animations that feature more saturated colors than the main washed-out graphics. The fonts used here are vintage 1800-era ones that fit this theme nicely.

The game panel is at the bottom of your screen. The spin and auto-spin buttons are in its middle. The mute and the bet adjuster buttons are on the left, while the balance and the settings ones are on the right. This button configuration differs from what Nolimit City currently uses.

Winning combos happen when you land three to five matching symbols on the reels, left to right on a payline. The low-paying symbols are the letters J, Q, K, and A, made out of wood planks. Each one pays x2 you wager for five of a kind. The high-paying symbols are revolvers, horseshoes, bags of money, bars of gold, and dynamite stacks. These will provide wins ranging from x3 to x6 your bet for five of a kind. The dynamite is the most valuable symbol of this bunch.

The three main characters of the game, Edda Starr, Skinny Joe, and the bandit El Gordo are the game’s Wilds, only appearing on the central three reels in the form of Wanted posters. All three a stacked three-symbols high, and when they appear partially on a reel, they nudge down (xNudge feature) to cover it whole. Every nudge is worth an x1 multiplier.

Nolimit City now has a reputation for loading its titles with bonus features. Even though Tombstone came out before this developer stepped into the limelight, it set this trend with its three free spins bonus rounds.

You trigger the Justice Spin when you land both the sheriff and marshal badges on reels one and five on a single spin. When you do, you get three free spins, and all Wilds become sticky.

If you hit the three Cash Scatters on the middle three reels, you’ll get ten free spins and a progressive multiplier. Unlike the base game, the Wilds will give you an unlimited multiplier that sticks throughout this feature.

If you land all three Scatters on all five reels, meaning the sheriff and marshal badges on reels one and five and the Cash Scatters on the three middle ones, you’ll get twelve free spins. All the perks from the previous bonus rounds apply in this Bounty spins feature, plus you get an extra free spin for every new Scatter you land when in this mode.

Tombstone is a solid reel-spinner and a worthy addition to the western theme slot catalog. However, it pales in comparison to Deadwood. We would have given it a higher recommendation, but in the past year, the industry saw multiple western theme releases that are either equal in quality or better than this one. That said, it has a terrific max exposure and is an overall fun game. There are three Free Spins rounds, and the xNudge multiplier is an attractive feature. Thus, if you see the game offered, give it a try.

Stake is one of the best known Bitcoin Casinos, offering provably fair games as well as sports betting. 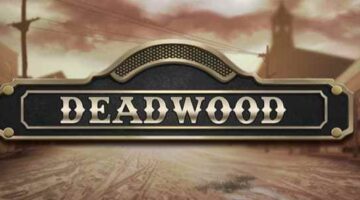 Nolimit City has always been an underrated developer. They do not have the brand recognition… 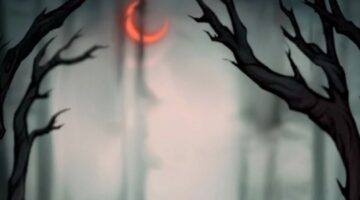 Stockholm-based Nolimit City is one of our favorite under-the-radar developers. It is a brand that…