Thus far this year, NetEnt has only managed to put out four games. They have plans to roll out seven more until July. Currently, their latest release is Gordon Ramsay: Hell’s Kitchen, which we already reviewed. The one before it, Rome The Golden Age, hit online casinos at the tail end of January and stunned everyone with its impressive 3D graphics, quickly shooting up into the top 100 rankings. After a dip in popularity in March of 2020, it rose back up at the start of April. Now, it is enjoying its highest popularity yet. In our eyes, this game could prove to have solid staying power as it features a decent blend of not-overly complicated gameplay and terrific visuals.

There is a ton that we can say about the Roman empire. For those unfamiliar with historical terminology, an empire is a political system where one person rules a group. The Roman one centered around the city of Rome and lasted from 27 BC to 476 AD. It stretched out through most of Europe and included territories around the Mediterranean Sea in Northern Africa and Western Asia. According to historians, the golden age of this empire spanned the two centuries between 27 BC and 180 AD. We estimate that there are at least 150 reel-spinners that feature the city of Rome. Out of all these, this title is currently the most popular one. Arena of Gold from Microgaming partner All41 Studios slightly trails behind. There is no storyline to Rome The Golden Age. The game merely shows off Roman motifs.

In our opinion, and we think that most readers would agree, this slot is a looker. It features some fantastic 3D models. The base game plays out on a balcony, which we assume overlooks the colosseum floor. It features two ancient columns and two marble statues on each side. Sun rays sneak through pulled apart red curtains. They add a sense of atmosphere to the scene but also serve to highlight your free spins multiplier. Once you land the appropriate number of Scatters, the game moves to the colosseum floor, where a gladiator is in the midst of a battle against a fierce tiger. The visuals here are a 2D painting, with the reel-grid overlaid on top.

The buttons panel is a slick, semi-transparent one. Its base color is white, with the type and icons utilizing a dark Roman red for contrast. You will find the spin and auto-spin buttons in the middle of your screen. The bet-adjuster, info, and settings icons are to the left of these, and the mute function is on the far right. On the right side of the panel, you can look at your casino balance, while on the left, you can check out your bet amount.

This reel-spinner uses a 3-4-5-4-3 grid layout and features twenty paylines. It is a medium to high variance slot with a hit frequency of 17.6 and an average RTP of 96.06%. Depending on your chosen operator, this payback percentage can go as low as 91.05%, so be careful. Bet sizes on this history-themed spinner can go as low as $0.1 and as high as $50. The most you can win when playing this game is a prize worth x100,000 on a single spin. That is super-impressive. Though, know that it took 166 billion simulated rotations for the game to yield that reward, so do not hold your breath for that one. A more reasonable max exposure is x20,000. Wins here occur when you hit three to five matching tokens on a payline.

The low-paying symbols of this game are A-10 card royals. For five-of-a-kind on a spin, they will provide a reward of x0.4 to x0.9 your wager. The high-paying ones are two swords, a helmet, a ring, an eagle, and a tiger. Five identical symbols from this batch will give you a prize that is worth between x1.2 and x5 of your stake.

The Wild here is the word itself, and for five instances on a spin, it also yields the same reward as five tigers, x5 your bet. The Scatter is a banner with the word and a golden wreath on it.

Now, this game incorporates additional specialty symbols titled Frames, the Golden Age, and Rome. When a Golden Age coin lands on the reels, its position gets marked with a Frame. At random, a Golden Age symbol can turn into a Rome one, which will then activate the Frame. The position that held the Rome token will turn into a Wild on the subsequent reel rotation, and all directly adjacent Frames will also turn Wild.

Every time you hit a Golden Age symbol on the screen, one to four points get added to a meter in the top-left of the reel grid. It can fill up to a maximum of 200 points. The meter affects the multiplier applied to the Free Spins Bonus Round. Once you fill the meter, it increases the multiplier. You will need to fill it up nineteen times to get an x1,000 multiplier. Know that the multiplier resets after the Free Spins Round. To enter it, you must hit three Scatters on the second, third, and fourth reels.

When that happens, all positions with a frame (active or non-active) that did not become a Wild on the activating spin, lock in place and get a random value applied (from x0.5 to x50). The feature starts with three complimentary reel rotations, and only Rome symbols are in play here. Whenever one lands, it resets the number of free spins back to three and sticks to the grid to reveal a random value (from x0.5 to x50). Once you run out of rotations, the game tallies all your values and applies the round’s multiplier. If you manage to fill all the symbol positions during this mode, the game will double your symbol values.

We truly believe that this could be another premium money-making product for NetEnt. It looks amazing, and its gameplay is innovative yet simplistic enough to keep players of all levels engaged. Do not fall for the marketing ploy that lists a max exposure of x100,000 your bet. You have better odds of winning a national lottery than getting that reward. However, unrealistic expectations aside, this is a decent slot, with an acceptable hit frequency and variance. We will be playing it, so we suggest that you give it a try as well.

Vavada Casino boasts a great game selection, welcomes new players with a fair $1,000 welcome bonus, and does not require KYC.

Notes: Check Full T&C on the website before claiming.
3

WOLF.BET is a great crypto casino & sportsbook that features Dice, HiLo and Limbo games with amazing autobet modes and ultra-fast bets as well as slots and dealer/RNG tables.

Notes: Check Full T&C on the website before claiming. 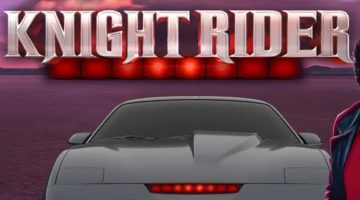 NetEnt has been conservative with releasing slots in recent times. You may remember our review…

Swedish online gambling leviathan NetEnt, which now operates under the Evolution Gaming banner, has been…

2021 was an eventful year for NetEnt. The Swedish company forged several business partnerships, and… 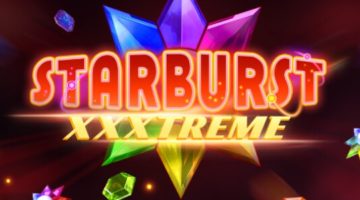 Swedish online gaming giant NetEnt got founded in 1996. For their twentieth anniversary, they decided…

What Are Metaverse Casinos & How Do They Work